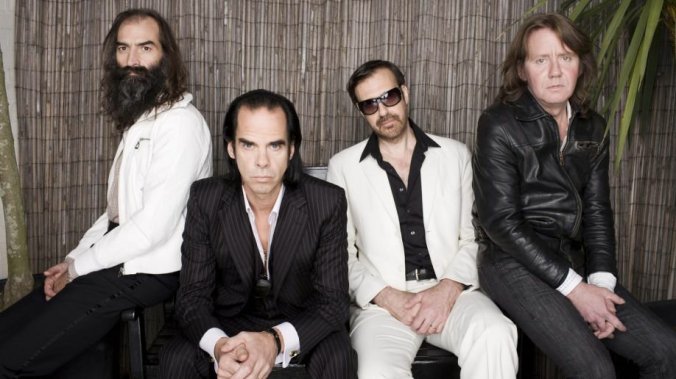 I’ve been a fan of Nick Cave & The Bad Seeds for a long time. It started in 1996 with Murder Ballards, an album I bought through a simple misunderstanding.

As a huge fan of the UK 80s goth scene, I’d been listening to bands like Sisters Of Mercy, Fields Of The Nephilim and The Mission for years, and when I saw an article which described Nick Cave as ‘the gothic prince’ I immediately went out and bought the latest album.

Imagine my disappointment when I discovered that The Bad Seeds sounded precisely nothing whatsoever like the bands I’d been listening to. That initial disappointment, however, soon gave way to something else. The album was fantastic. A real mix of blues, poetic storytelling and almost funeral dirge. Listening to Stagger Lee on repeat I soon declared myself a fan.

Years went by and I’d pick up the latest albums, some of them were great and some I never really gave a chance. See, I’d never really have described myself as a ‘hardcore’ fan. I’ve not travelled the world to see him play, and there are albums in this sizeable back catalogue that I’ve honestly only ever listened to once. There are some I’ve never even listened to all the way through, especially the older stuff.

I’ve seen Nick Cave play live once. My 29th birthday, in a tiny venue in Birmingham, UK. It was a tremendously powerful performance, Cave owns any stage he ventures on to, and the energy coming from him is electric. He’s a true performer.

Now, you may or may not be aware that last week Nick Cave & The Bad Seeds released their 17th full length studio album, Ghosteen. It’s been released to almost universal critical praise in the music press, but fan reaction has been mixed to say the least. Personally, I thought it was a good album, but it wasn’t the album I was hoping for.

I currently have a commute of around an hour. That’s two hours every day I have completely to myself. What if I listened to the entire Bad Seeds back catalogue, in order, over the next few weeks? One album on the way to work, and then again on the way back. There are a few reasons for listening to each album at least twice. Firstly, the times of day and my mood whilst listening will be totally different for the two journeys, and it’ll also give the album a real chance of sinking in properly. Then, and only then, could I give Ghosteen a fair reappraisal.

So that’s what I’m doing. I’ve done the first couple of albums already, and it’s been very interesting. I’ll be posting updates along the way, and it would be amazing if anyone has any thoughts or comments on the albums as they’re posted.

6 thoughts on “Nick Cave & The Bad Seeds – A Full Retrospective”